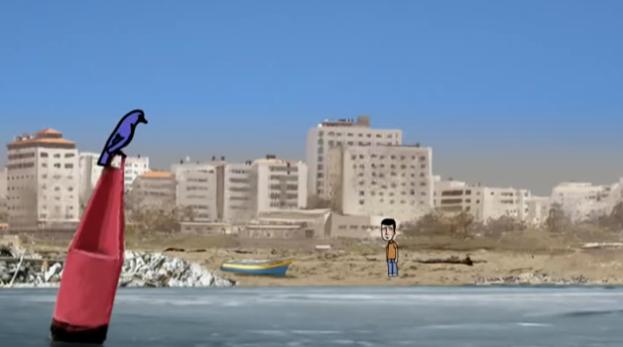 The world is consisting of frontiers, which is weird enough. Birds could just fly easily above a border and don’t care about walls and checkpoints, nor passports and permissions. But as human beings we can’t go where ever we feel like to. Luckily we usually can ask for a visa and get the access we want.

But just imagine you are stucked in your country and not allowed to leave, even if it’s important. Such is the situation with people of Gaza. As they are born there, they don’t have the choice whether to be there or not. Civilians didn’t chose the conflict they are hold in since decades. So i am happy i found a organization named Gisha, which was founded in 2005 and has it’s office in Tel Aviv. They try to help those who need to cross the border and plead for freedom of movement for palestinian citizens. For example when they want to study abroad, or need medical help. Sadly citizens of Gaza are not allowed to study in the Westbank. Gisha also explains some main questions about Gaza. (see also: what you need to know about Gaza) Since many of us (me included) haven’t been there, and have to believe the pictures in the media.

Are people of Gaza hold like prisoners? At least it is very hard to get a permission for using one of the two exits (Erez and Rafah) to the outside world. Some merchants are allowed and also when there are urgent medical cases, they even often get treated in Israeli hospitals.

In the following video, you can see some of the success of the work at Gisha.