Non violent ways to stand up for your rights 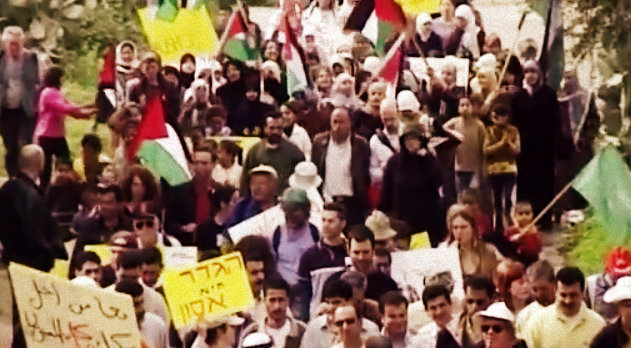 One of the main prejudices against Palestines is, that they only are able or only willing to use violence to prove their point. Let it be the suicide bombings or sending rockets: the media shows pictures of people gone insane. Who don’t know to help themselves otherwise than picking on violent ways. Mainly to kill as much as Jews as possible. Then we see scenes of celebrating Palestines and leaders are quoted who glorify every murder as heroic.

„They don’t want peace at all“ people could assume. I am afraid it’s not the problem of a missing palestinian Ghandi. The problem is that traditionally acts of violence have a bigger media impact – these are the stories which are better sold! All the peaceful resistance campaigns: Nobody ever heard of them in the international context.

That there are non violent ways of protests shows us the story about the village Budrus. Nearby the border between Israel and Palestine, in the north of Ramallah, Budrus is just a typical place in the Westbank.
When the israeli government decided in 2003 that the fence should be constructed right through the village, people stood up against it. Non violently.

The barriers would have cut the residents the free access to the Westbank, to the rest of the world so to say. It would have destroyed fields, agriculture and olive trees. They would have lost plenty of their land.

The brazilian activist and moviemaker Julia Bacha followed the protest with her camera team. She documented the seemingly hopeless fight against the military power of the Israelian Army. In the end of this article you can see the whole movie.

It is so nice to see, how also jews and foreign people gradually hooked up for the protest. This was an act with an important message: even the israelis care. It was such an eyeopening experience for the palestinian people that not all Jews hate them, that they are not alone in their despair. Jews stood right side by side with them and had also been exposed to the arbitrariness of the military forces.

I am impressed of the will power of these protesters. They really showed a long breath. And had been such brave to stood up against a bigger powerful force. Even when the soldiers were told to use more violent methods to smash the crowd. Sadly a group of youngsters couldn’t remain totally peaceful then and threw stones back.

After all, after 10 month and over 50 times of protest marches, the unbelievable happend: The Israeli government decided to move that fence off the land, more far away to the green line (international recognized boundary). Non violence won!

The main message of this story is: If only violent acts get all the attention, they will continue. But if the international audience starts to recognize and honorize the peaceful protests, those movements will raise their importance. If people protest non violently and nobody cares, than this results in resignation. As if they don’t exist at all.

So let us all change our focus and have a look at all the movements where the right changes take place!

You can see the whole documentation about Budrus here: 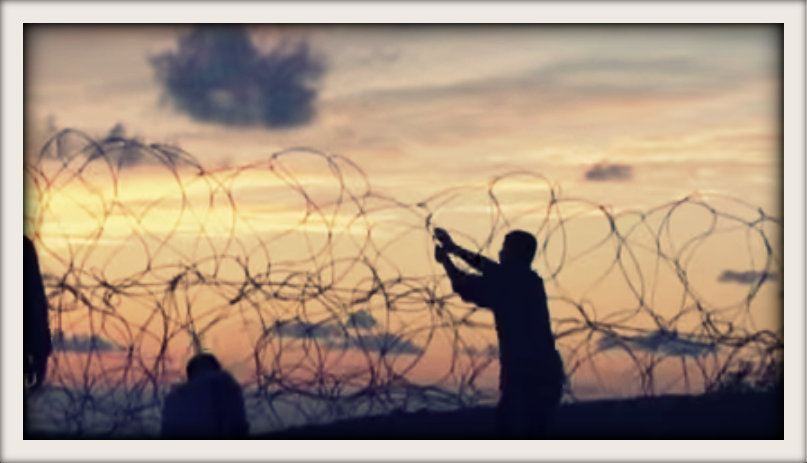